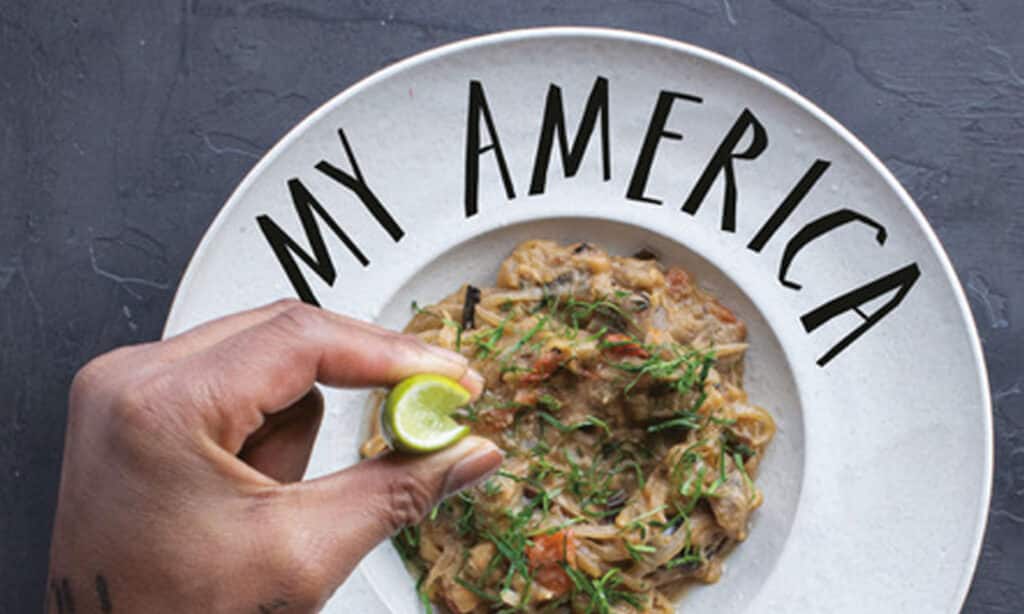 Chef Kwame Onwuachi, labeled “the world’s most important chef” by the San Francisco Chronicle (among many other high accolades) grew up in the cultural melting pot of the Bronx. Cuisines, music and traditions of immigrants from all over the world made up his community. He grew up cooking with his mother in New York and Louisiana and in Nigeria with his grandfather. He trained at the Culinary Institute of America where he learned formal cooking techniques. 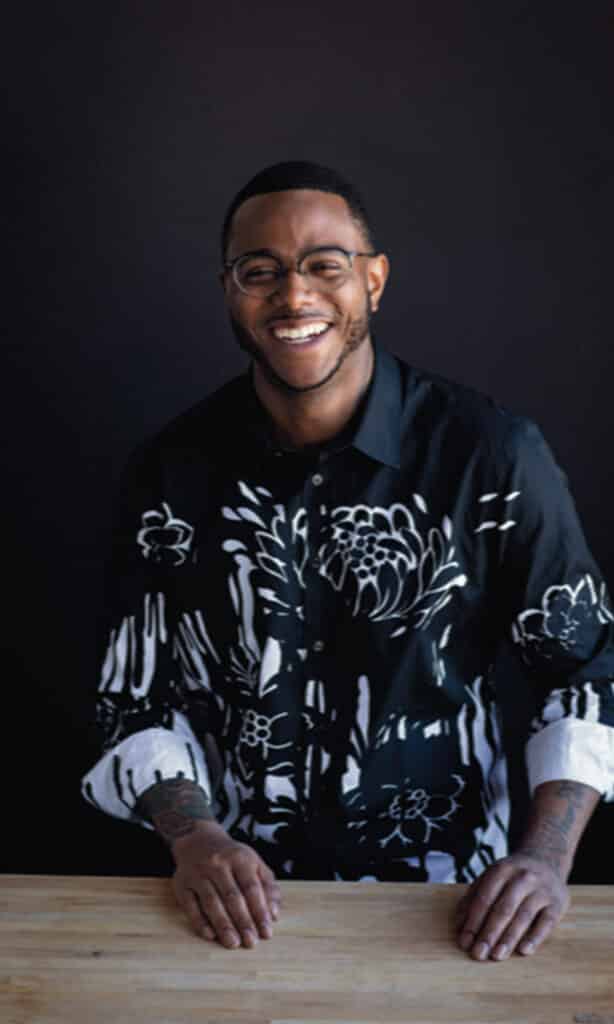 When he tried to use this classic French training in his professional life, though, something was missing. He was attempting to recreate his love of the culturally diverse foods from his childhood in a form limited to one school of thought. “I wanted to express myself through my cooking, but I thought the language to do that was, and would always be, the Western, that is the White, culinary idiom,” he says. “Looking back on it in hindsight, it was an autobiography written in a borrowed tongue.”

Chef Onwuachi took that lesson and ran with it. He created and followed his own culinary journey, retracing and researching the foods of his childhood. He developed his own personal “culinary idiom” and learned to share his food without anyone else’s lens obscuring it. Soon afterward, he rocketed to success in the culinary world. Chef Onwuachi debuted on Top Chef in 2015 and won a James Beard Award for Best Rising Chef in 2019. He also graced Esquire as Chef of the year and Food & Wine Magazine as one of the Best New Chefs and featured as one of Forbes’ 30 under 30. These achievements were not easily won, either. Throughout his school years, Onwuachi grappled with behavioral conduct. His mother sent him to live with his grandfather in Nigeria from the ages of 10 to 12 to “learn respect,” in her words. His struggles continued upon returning to the United States, leading to several expulsions from high schools and later the University of Bridgeport.

He worked hard to support himself and his culinary dreams. He moved to Baton Rouge to live with his mother and cooked for boat crews cleaning up oil spills before returning to New York in 2010. He waited tables, opened his own catering business, and took jobs as a line cook. He worked an externship at a highly acclaimed 3-star restaurant while he was in culinary school.

His first restaurant, Shaw Bijou in Washington DC, opened in 2016 to mixed reviews and closed after 6 months. This was the turning point for his realization that he was trying to tell his story in someone else’s words. According to Onwuachi, this is when he decided he needed to change direction. The variety of jobs he took and the amount of work and grit they required tell their own story. Kwame Onwuachi was not afraid to roll his sleeves up and get his hands dirty to achieve his dreams. When he realized he had built those dreams on the wrong foundation, he redirected them into creating an entirely new philosophy of food.

“My America: Recipes from a Young Black Chef”

Chef Onwuachi’s acclaimed cookbook My America: Recipes from a Young Black Chef narrates his culinary and personal journey to share his love of food through his own lens. “Show me an America made of apple pie and hot dogs, baseball and Chevrolet and I won’t recognize it. That’s a foreign land to me,” he says in the first line of the introduction. “My America is full of internal rhymes, studded with a thousand languages, references, allusions, bits snatched from here and there…an America that didn’t just arise but was built on something. This book is from that America, my America.” 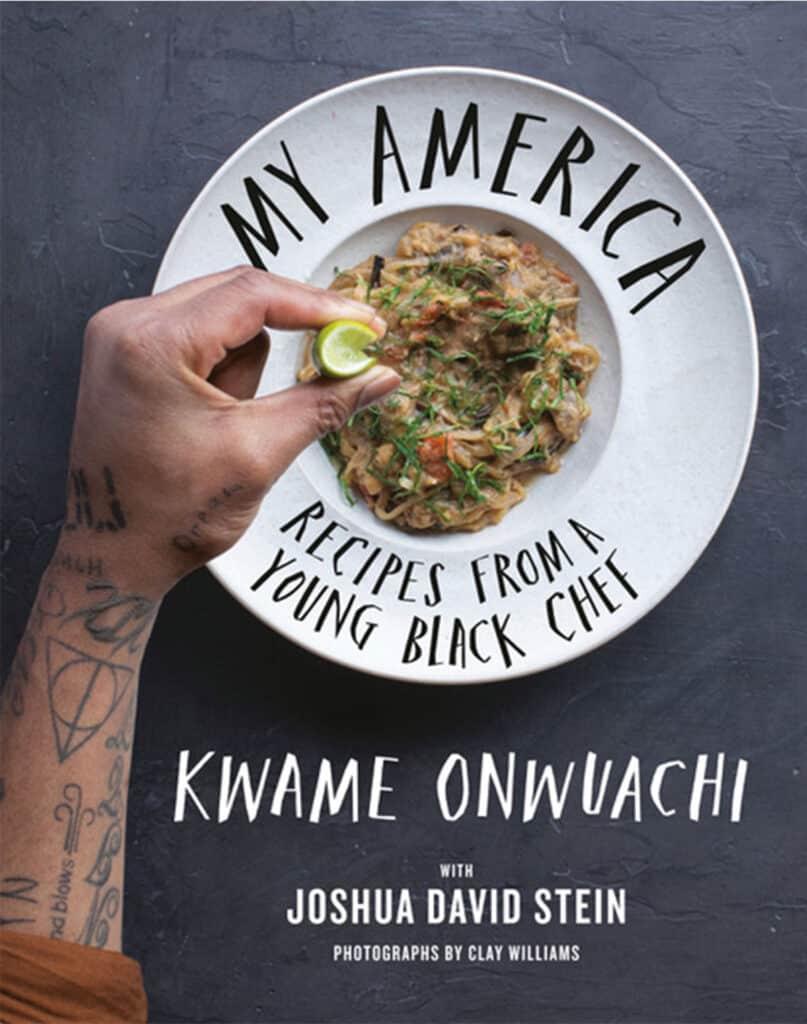 “My America is an America that didn’t just arise, it was built on something. This book is from that America.”

Chef Onwuachi’s cookbook contains over 125 dishes. Gorgeous full-page images complement his recipes and his own narrative stories of how he traced and assembled them. The book also delves into his personal and family history. Added to that are descriptions of the culture of ingredients and generational recipes. The culture of food hierarchy in certain parts of the African diaspora is also explored. This is not only a cookbook, it’s a cultural odyssey undertaken by one very talented, driven man—a man determined to share his passion and his history with the world. 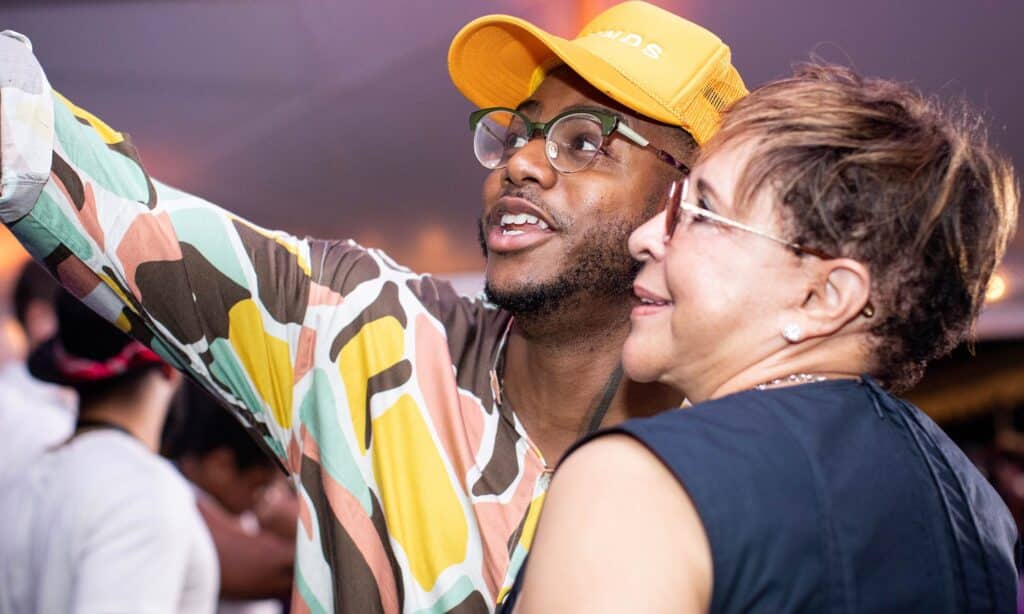 The Family Reunion at the Salamander Resort & Spa’s

The event is dedicated to celebrating and supporting diversity in the hospitality community. Chef Onwuachi will join luminaries from the top tiers of the industry. Together, the talented group will fulfill the mission of the Family Reunion: “to nurture, develop and celebrate racial and ethnic diversity within the next generation of hospitality professionals.” 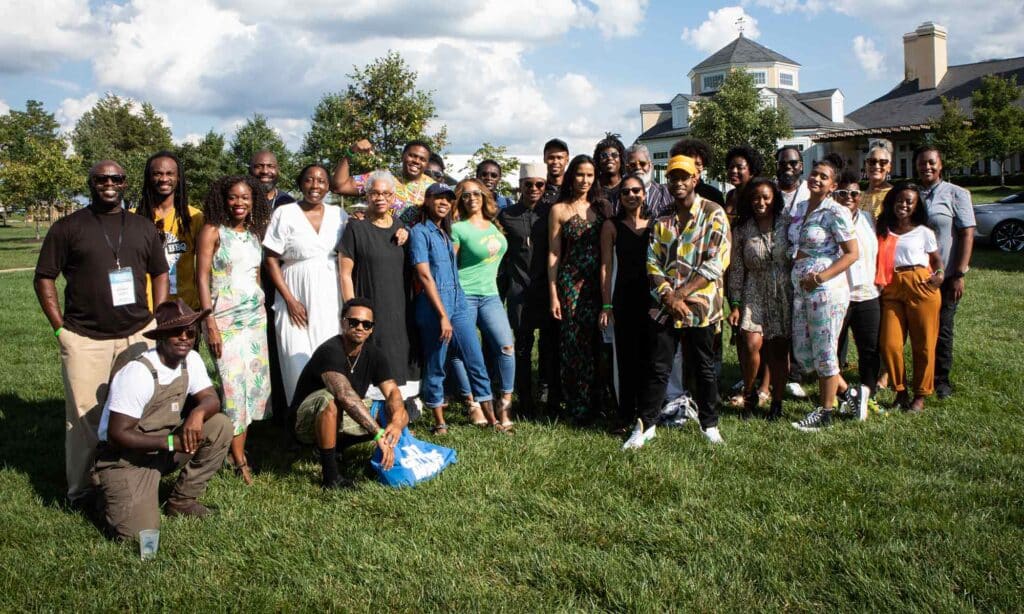 The 2022 event will take place from August 18-21 (Thursday through Sunday) at the Salamander Resort & Spa in Middleburg. Chef Onwuachi and the visionary Sheila Johnson will welcome members of the community and the hospitality industry. Johnson was the first Black woman to attain a net worth of over one billion dollars and remains the only Black woman owner of a Forbes Five-Star Resort. The event is co-sponsored by Food & Wine, where Chef Onwuachi is an executive producer. Immersive food experiences, panel discussions and daily recreation are planned throughout the resort’s expansive, gorgeously curated grounds.

Hospitality community legends on the schedule include celebrity chef Carla Hall, whose culinary journey began in Washington DC. Angel Barreto, executive chef of Washington DC’s Anju and double 2022 James Beard Award nominee is speaking. Virginia Ali, who was born in the 1930s and grew up in segregated Virginia will join them. Ali opened a restaurant called Ben’s Chili Bowl with her husband in Washington DC in the late 50s. Ben’s Chili Bowl is still open more than 60 years later under her children’s management. The restaurant was a hub and sanctuary for prominent members of the Civil Rights Movement in the 1960s. 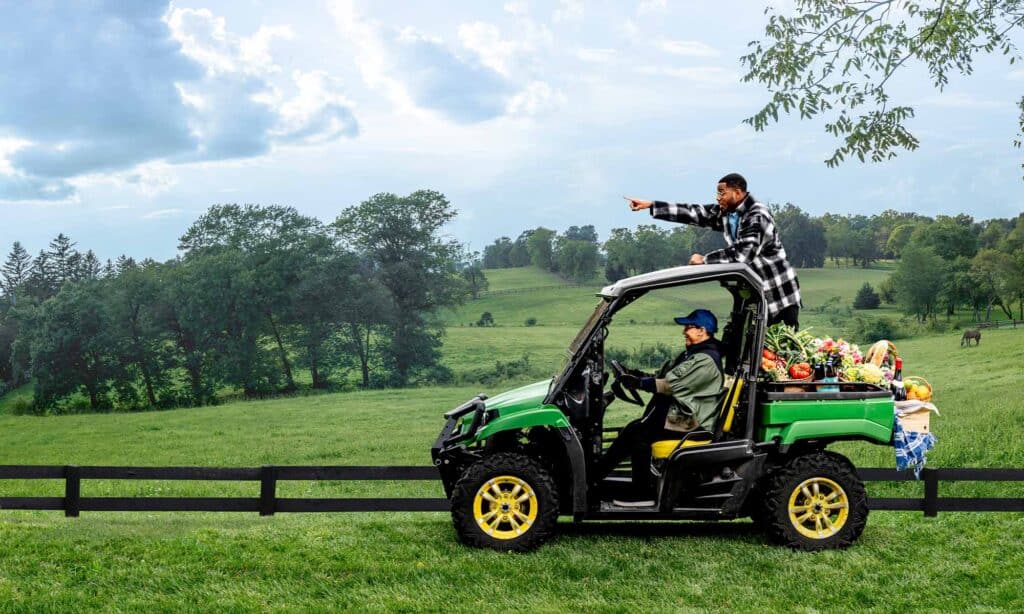 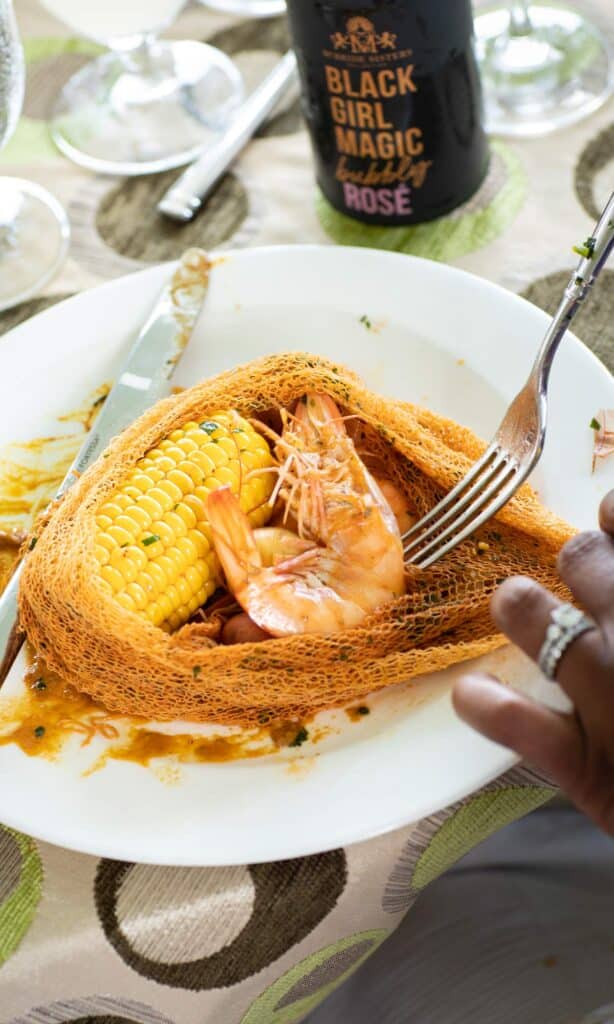 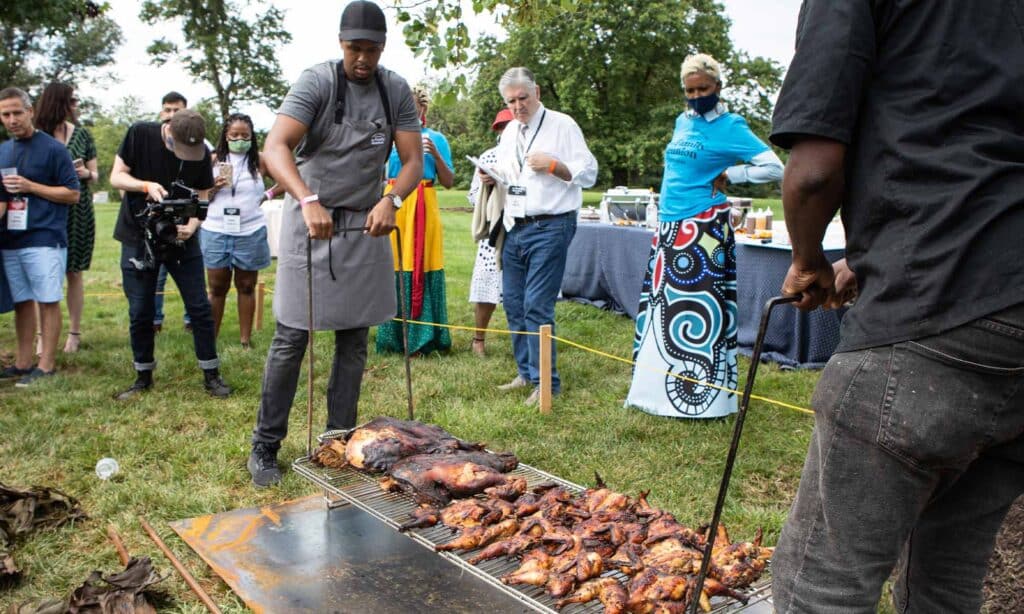 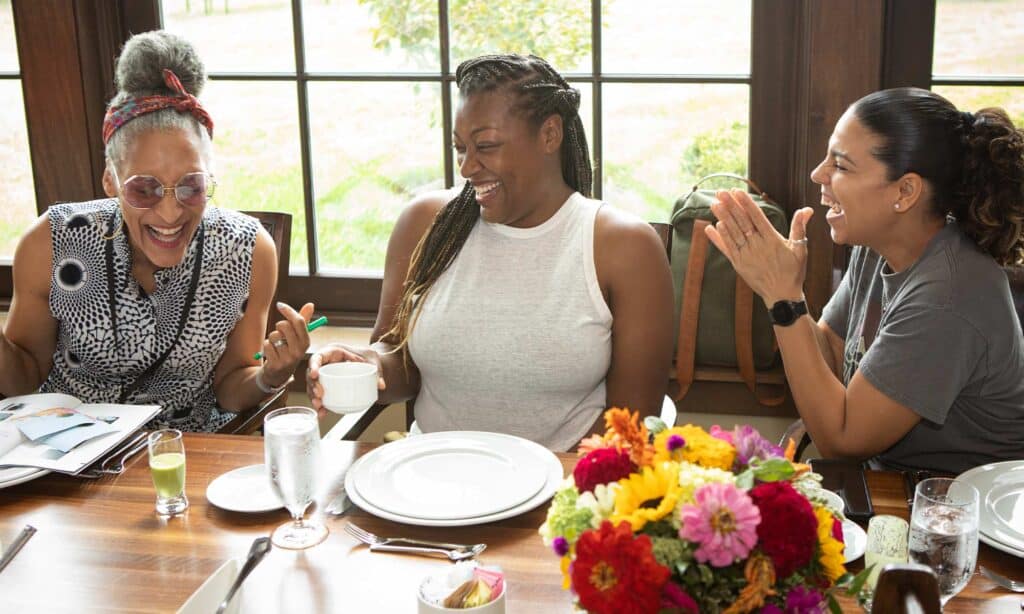 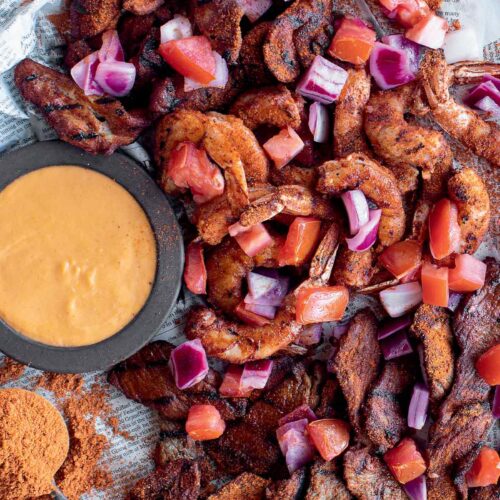 Kwame Onwuache
Pickling is an act of food preservation and also, thankfully for us, adds an entire dimension of bright angular flavors. This pickling liquid includes a touch of spice but is largely neutral, allowing the flavors of the pickled vegetables to emerge. Play around as you like. Garlic goes well, ditto allspice, cloves, and bayleaf.
Print Recipe
Course Ingredient
Cuisine American, Southern
Servings 3 cups

Spice pickling liquid will keep in an airtight container in the refrigerator for up to 6 months. Recipe from My America: Recipes from a Young Black Chef by Kwame Onwuachi with Joshua David Stein. Copyright © 2022 by Kwame Onwuachi. Excerpted by permission of Alfred A. Knopf, a division of Penguin Random House LLC. All rights reserved. No part of this excerpt may be reproduced or reprinted without permission in writing from the publisher.
Keyword pickle, pickling, preparation, spice 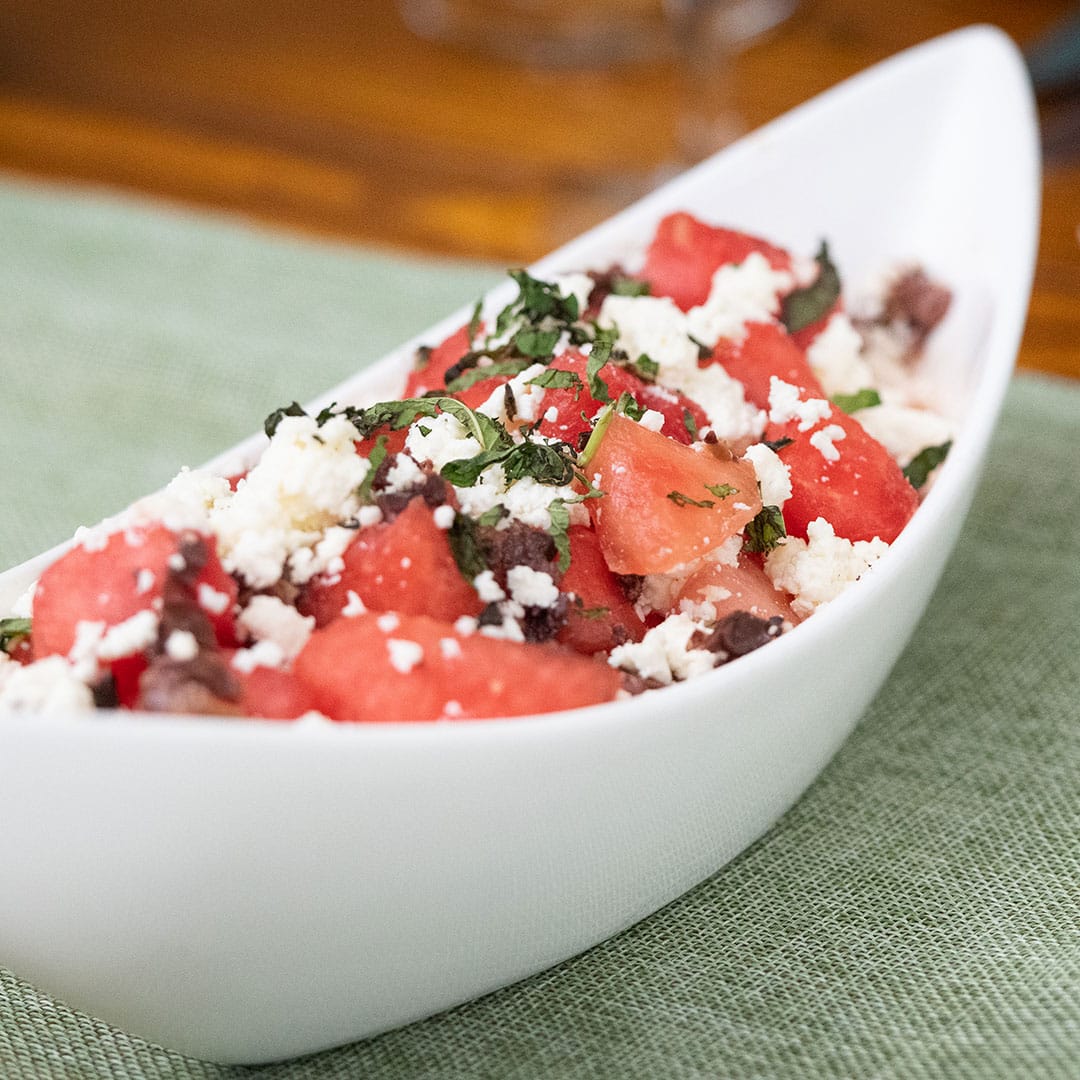 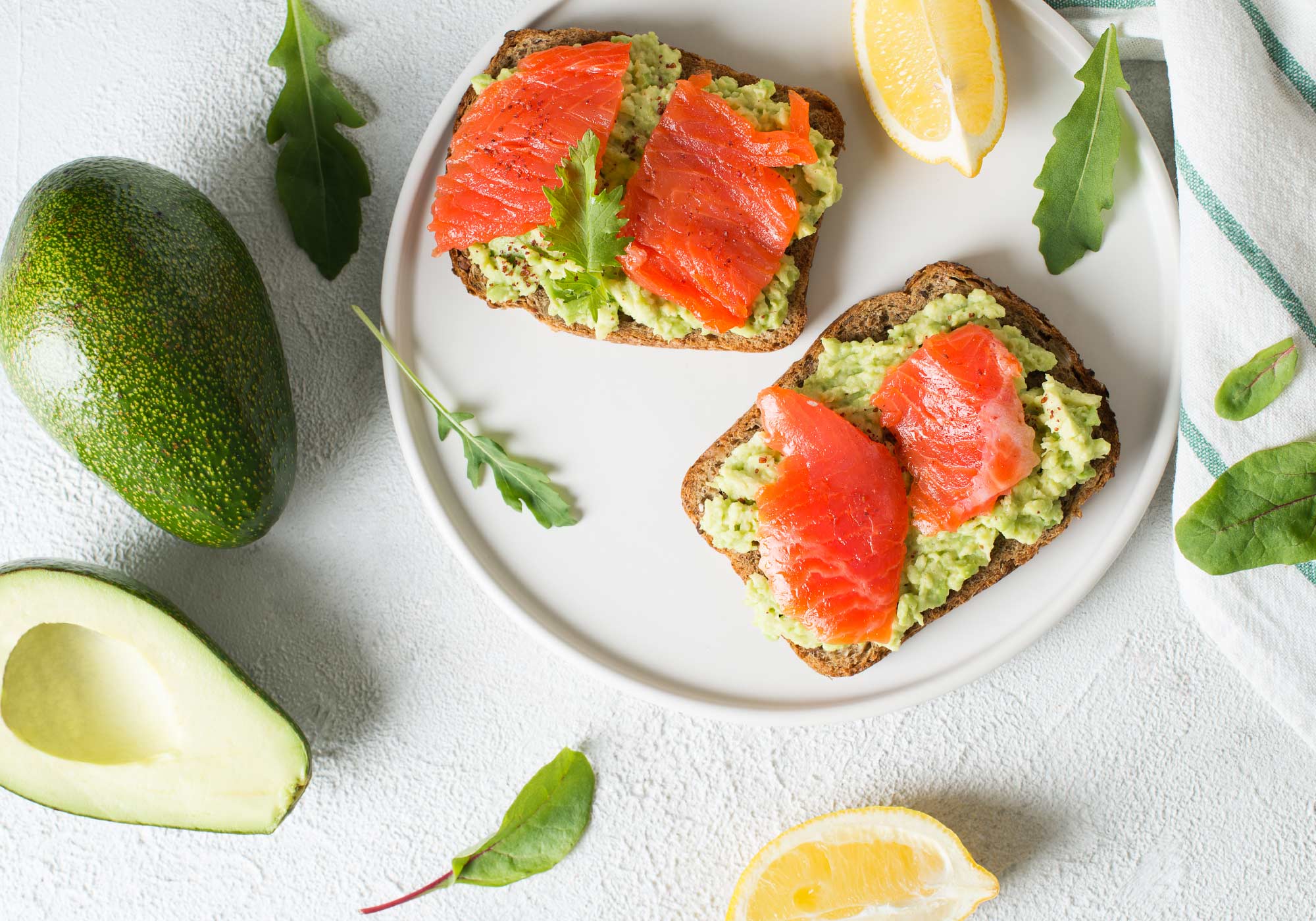 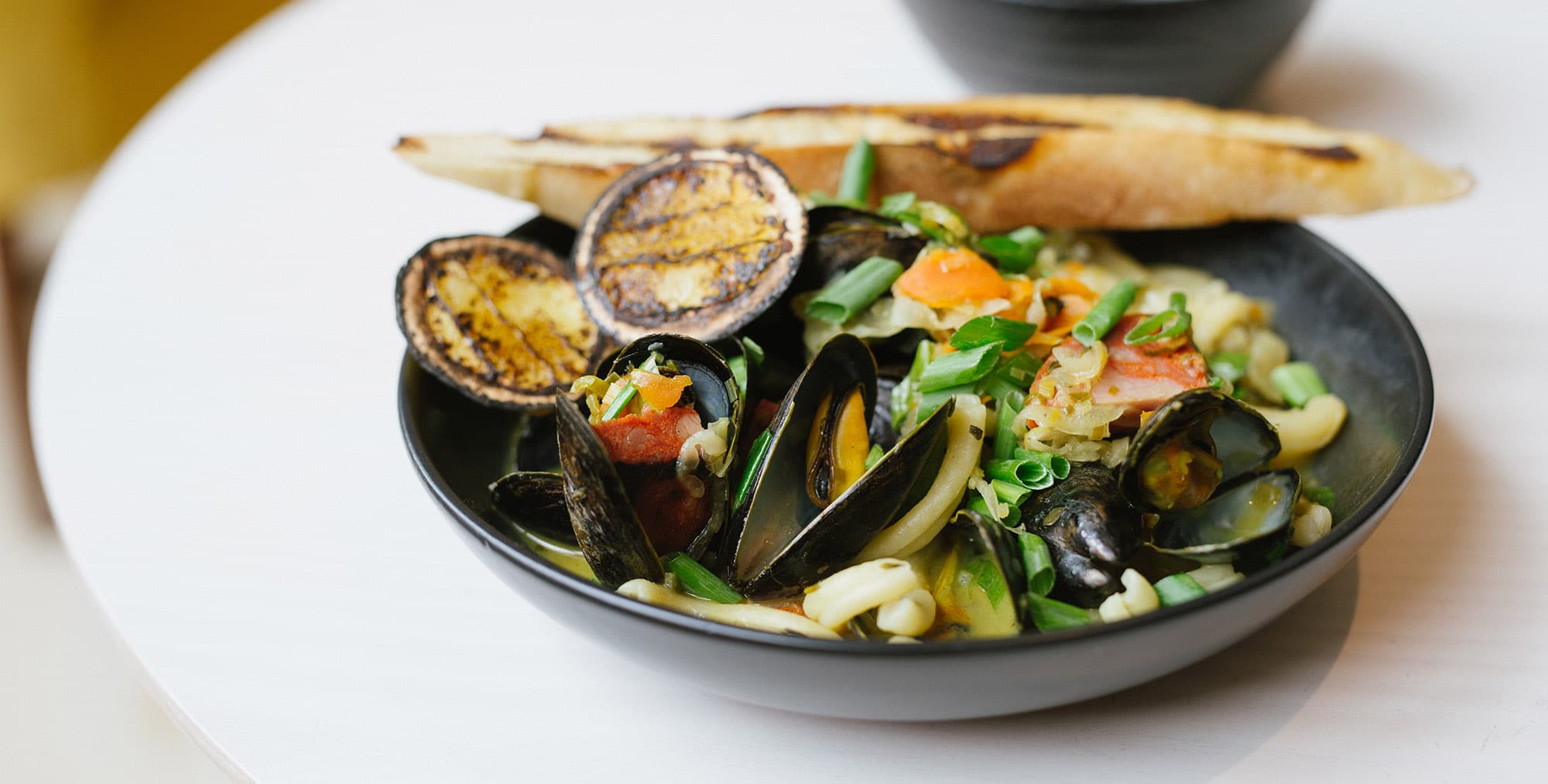